“Madonna loves Laz’s music,” laughs Esau. “Last time we had dinner with her, she couldn’t stop dancing when he played,” he adds casually, as if breaking bread with one of the world’s most famous women was an everyday occurrence.

Lazarus grinned, “Yeah, Madonna, she can dance.” He sipped on his bottle of water and adjusted his wide-brimmed hat to better protect his sensitive, pale skin from the searing mid-afternoon sun.

“It’s too hot,” we all chorused. Malawi is experiencing a heatwave, and the ubiquitous greeting of “muli bwanji” (how are you?) has been replaced with a sweaty grimace and a heartfelt, “sheesh, it’s too hot.” But for Lazarus, the heat is more than an inconvenience. It can be deadly.

The singer-songwriter, whose life is now the subject of a short film, co-produced by Madonna, was born with albinism, which means he has no pigment in his skin, eyes or hair. He also has poor eyesight and skin cancer is a constant threat.

So is kidnapping. In a country where the population glory in their black skin, people with albinism stand out. Their condition is believed to be contagious, and their body parts, bones and skin are highly prized in witchcraft.

The United Nations suggest that, in recent years, there have been around 150 cases of people with albinism kidnapped and tortured in Malawi, with at least 18 people murdered.

Lazarus may now call Madonna a friend, and is hopeful that his film will be nominated for an Oscar – “I am heading to LA next month,” he says – but he still lives in fear of his life.

He has already been the subject of two attempted kidnappings, which makes him wary of strangers and fiercely protective of his family, particularly as two of his three children share his condition.

“But because of well-wishers, we now have a safe new home, in a compound. It is wonderful.” he tells me. “We move in tomorrow.”

A year ago, Lazarus was scraping a living busking outside the Wimpy burger restaurant in downtown Lilongwe. Today, thanks to his music – a potent mix of gospel and traditional sounds with a dash of punk energy – his future, and that of his family, seems assured.

He travels the world – he has only just returned from Edinburgh, where he was the guest of honour at the annual meeting of the Scotland Malawi Partnership.

And Team Lazarus – his manager Spiwe; Esau, himself a top singer with the band The Very Best, and film maker Clem – will make sure he is not exploited. “It is a dream come true,” says Lazarus, quietly.

“That is the power of art and culture,” says Wezi, a thirty-two-year-old entrepreneur I met the next day, in the dim bar of the Capital Hotel.

Wezi is the co-founder, with Zikani Nyirenda, of Mzuzu Fashion Week, an annual event which has been growing in scale and influence since it was established in 2015.

Mzuzu is Malawi’s most northerly city, and until recently a more sleepy urban centre than the capital Lilongwe or Blantyre, the country’s commercial heart.

“But that is not true anymore,” laughs Wezi. “In fact, my plan is for Mzuzu to become the Milan of Africa. And why not?”

And why not indeed. Malawi abounds with young talent. More than twenty designers showcased their work at this year’s fashion week. Wezi has also trained fifty people in beading and batik and she is about to set up Malawi Fashion International, a company to promote Malawi designers and their work globally. 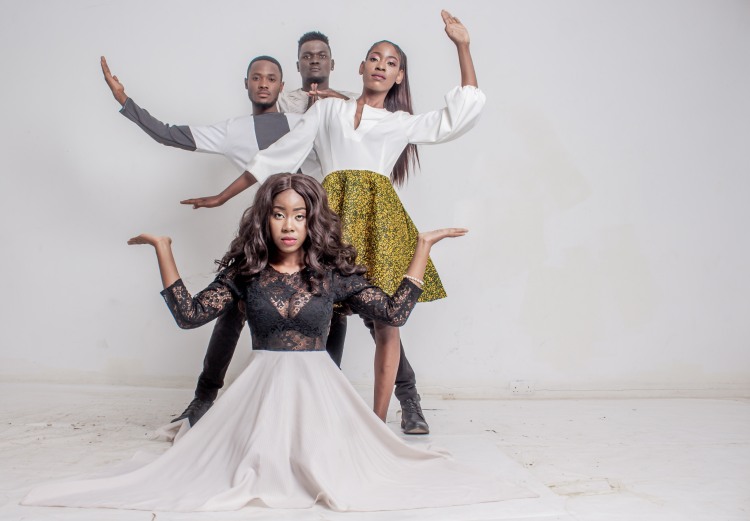 In her “spare time” she runs a public relations company, co-manages Malawi singer Hazel Mak, and is the owner of a cocoa farm.

“I want to make chocolate,” she tells me. “The best chocolate. And climate change now means that northern Malawi is a good place to grow cocoa beans. There is a lot of rain, but now it is also hot, it is tropical. We should take advantage of that.

“There is a processing plant just over the border in Tanzania, but my dream is to build a plant here, in Malawi.”

“And to make silk. We have mulberry trees, which silk worms eat, so we should be able to produce our own silk.”

Wezi’s energy is contagious. She bubbles with ideas, and crucially, she transforms them into action. Unlike Malawi’s bureaucrats. “We need a national arts body, to support the creative industries,” explains Wezi. “I have seen at least two strategies for that, but it will not happen. So, we work on our own.”

It is story familiar to two of my oldest Malawi friends, Mwai and Sheena, who set up their design agency, Nzika Arts, thirteen years ago, when they were only twenty and Malawi’s creative industry was in its infancy.

“We were one of the first,” says Mwai, “And so we got no support, even today there is very little help for artists. We do need a national body, but…”

They have created a successful business with an impressive client list, including some of Malawi’s biggest corporations, but their dream of helping revive Malawi’s traditional culture is as alive now as it was when I first met them.

Sheena explains, “We want to promote our culture, not borrow things from Nigeria or Tanzania. To create something uniquely Malawian. And we will.”

As we get ready to leave Mwai and Sheena, Govati Nyirenda strides into the café. “I have the images for the book,” he says, opening up his laptop. “It is better for pictures,” he explains, as we all laugh at his extra-large screen.

Govati scrolls through a folder of beautifully shot photographs, from women carefully balancing heavy pots of water on their head to bankers discussing their next merger and acquisition. “Is this plenty to choose from?” he asks. “I wanted to show all of Malawi.”

Global headlines and charity campaigns offer a more simplistic view: one of the world’s poorest countries, where people barely scrape a living, growing crops the way their great-grandparents did. A country where children are exploited for their labour, where malaria and HIV still kill far too many. A country which struggles with tribalism and corruption. A beautiful, but blighted land.

Find out more about Lazarus here

People and ploughs: from Scotland to Malawi 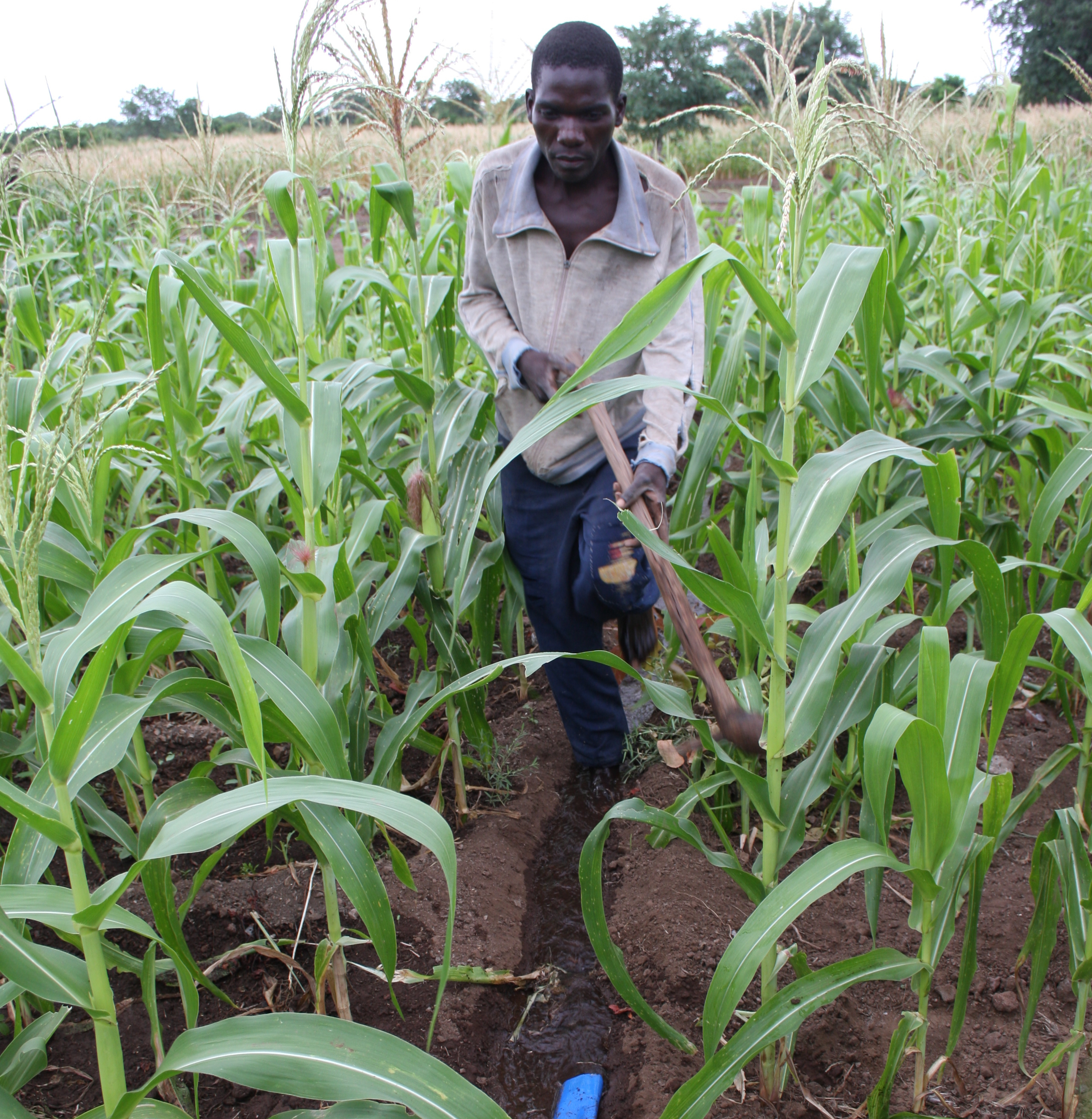 I come from a long line of farm labourers – men and women – and I grew up on a farm where my father worked as a ploughman and dairyman, so the hard work of farming is part of who I am. Here in Scotland, NFU Scotland estimate 67,000 people work in agriculture. In Malawi […]